The boys varsity soccer team came out victorious in the Aroostook League championship game Thursday on the road in Madawaska by the score of 1-0. 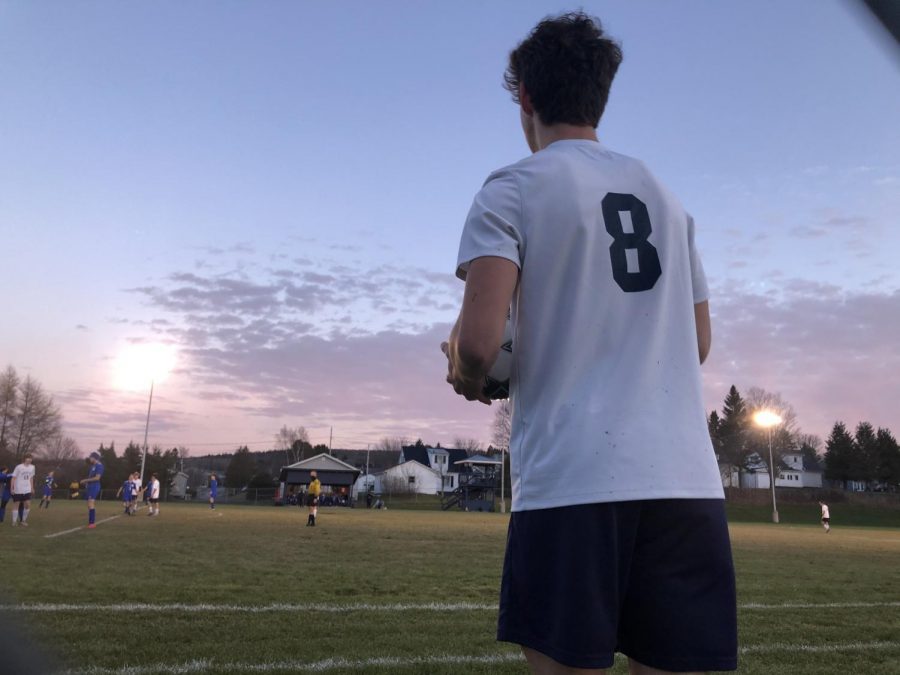 Sophomore Malachi Cummings prepares for a throw in during the Aroostook League championship game on November 5th.

In a hard fought game played with poor field conditions, it was the perennial Class B powerhouse Presque Isle Wildcats that came out on top.

The two teams traded chances through the first half, with a shot that curved around the far post and a whiffed ball in front keeping the game a scoreless affair with 40 minutes still to play.

It was all Madawaska to open the second frame, with several head balls nearly finding the back of the net within the first five minutes, but after several saves from Wildcats’ goalkeeper Xavier McAtee and yet another Owls’ hand ball at midfield, the tide turned. A rebounding shot would find its way to sophomore Dawson Kinney along the end line, where he put the ball home off of an opposing defender.

The remaining 30 minutes saw Madawaska continue to ramp up the pressure as their season looked to close on a sour note, but the Presque Isle defense and a lucky miss on a penalty kick denied them the opportunity to bring the game back to even, and so it would stand. A 1-0 victory for your Wildcats and the first (and hopefully last) Division One Aroostook League Championship title being brought back to the Star City.

“It feels amazing,” said the team’s lone senior Conner Michaud following the final game of his high school career. “To be doubted all season as a young team and have other teams disrespect us and still come out on top – I didn’t doubt our boys all year, and I knew this was coming, we just had to have faith and play our game.”