A snapshot of some of the non-racist symbols that white supremacist groups have co-opted for their purposes. 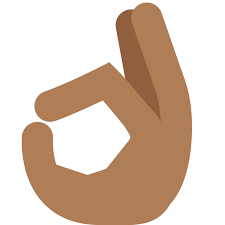 This is an example of the "OK" symbol, which has recently become used by some white supremacist groups around the world.

Picture this: you finally have that new truck you’ve been saving up for, and you add a vinyl decal on the rear window that depicts your lucky basketball number.  Or you’re finally old enough to get that superhero-themed tattoo you’ve been waiting for.  Then, without your even being aware of it, these numbers and symbols become adopted by white supremacist groups, and suddenly you are a walking advertisement for a group you’ve got zero connection with.  This sort of co-opting of everyday symbols seems to be happening at an alarming rate.

White Supremacy is the belief that white people constitute a superior race and should therefore dominate society, typically to the exclusion or detriment of other racial and ethnic groups, in particular black or Jewish. White supremacy has been an issue in our society since we can remember, and while some argue it is no longer present in the United States, most would disagree.

This list will shed some light on some of the symbols that have been adopted by white supremacist groups, and provide context for the actual origins and intent of the symbols.

Origin as a white supremacist symbol: Used by a man named Brentan Terrant during his court appearance after being arrested for mass murder in 2017. This was the first time it was definitely identified as racist.

This symbol was also used to signify a game called “circles” a person would make the ok symbol and point their hand somewhere. The game completed when another person looked at the symbol and was punched in the arm. This symbol has been used by criminals after conviction and most popularly by a military soldier in a photo. There is some speculation on whether or not the soldiers intention was white supremacy, or simply the game “circles.”

Traditional meaning: Comes from Norse mythology. Modern association is also to the Avengers character in Marvel comics and movies.

Traditional meaning: Antifa is short for anti-fascist. Any images that go against the beliefs of antifa have been deemed racist.

Origin as white supremacist symbol: These practices began sometime between 1990 and 2000. Antifa is a group against fascism so going against it could be perceived as fascist.

Antifa has been denounced many times as a violent hate group, so there are issues worth addressing in terms of problematic Antifa symbols, as well.

Traditional meaning: This symbol was originally used to signify black power in the 1960s and 70s. This symbol has more recently been adopted by the popular “BLM” (#Black Lives Matter) movement in the United States.

Origin as a white supremacist symbol: This symbol was adopted by Aryan groups in the 1980s.

Traditional Meaning: These numbers or symbols are used everyday in our lives, but there are some white supremacist groups who have adopted these numbers as symbols of their belief systems.

The takeaway: The loss of otherwise everyday images to hate group usage doesn’t only affect minorities.  It steals signs, symbols, and personal identifiers from those who would otherwise enjoy displaying them for decidedly NON-supremacist reasons.